In order to protect ourselves from fires and preserve vegetation, we need to adopt the right actions and behaviours.

No fires or BBQs on the outskirts of forests and green spaces (moors, scrublands, roadsides, fields etc.). 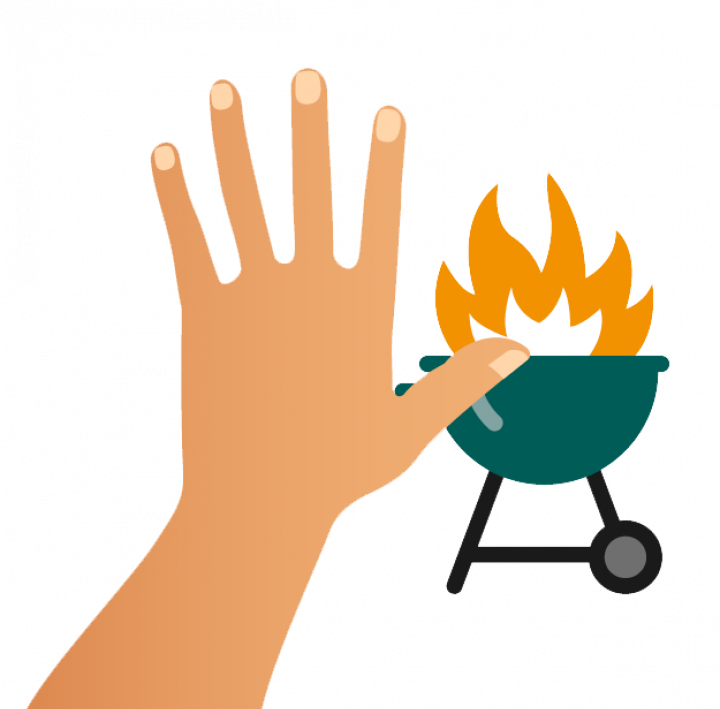 No smoking in forests, or out in the country during droughts, and never throw cigarette butts on the floor or out of car windows. 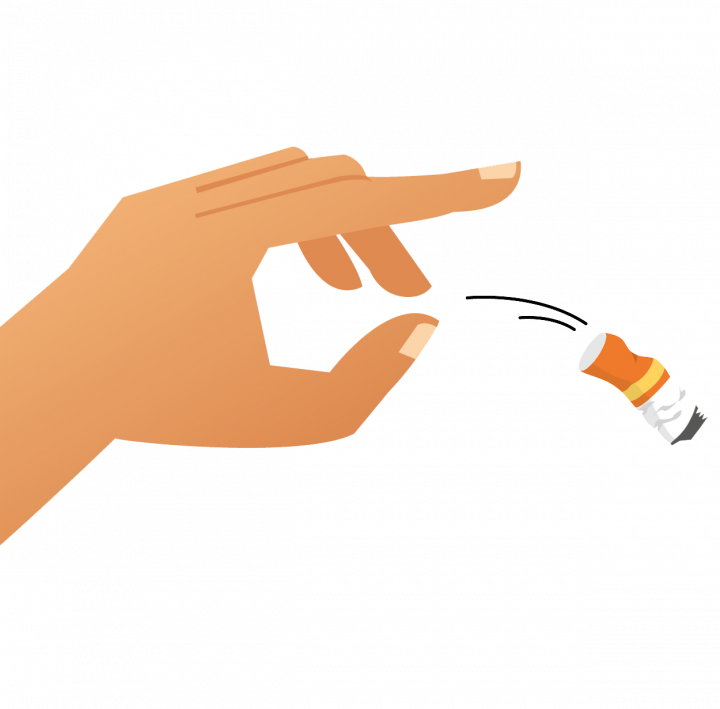 No spark-causing work near plants in droughts, heatwaves or strong winds. 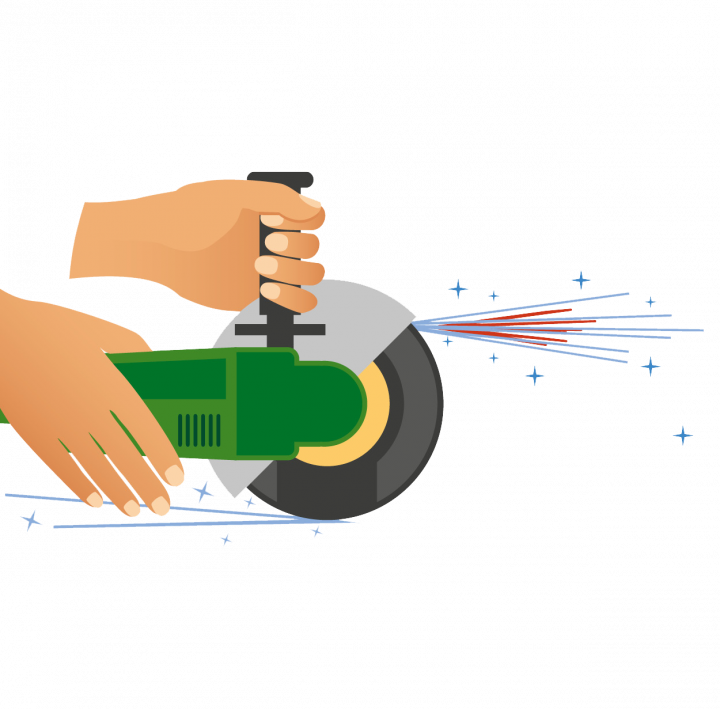 No fuel against the house (heating oil, wood, butane, etc.) as these are fire accelerators. 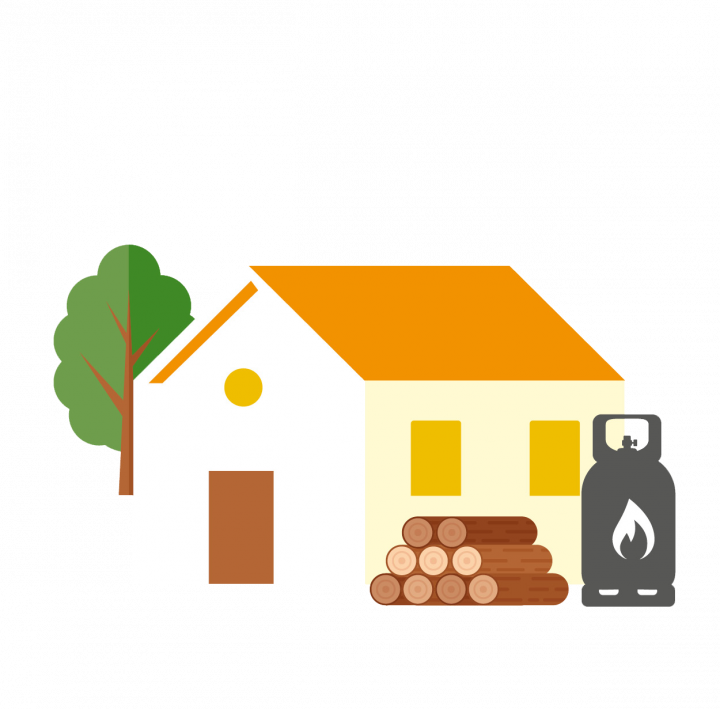 If I see a fire starting, I call 18, 112 or 114 (emergency number for the deaf and hard of hearing) and I try to accurately locate the fire. 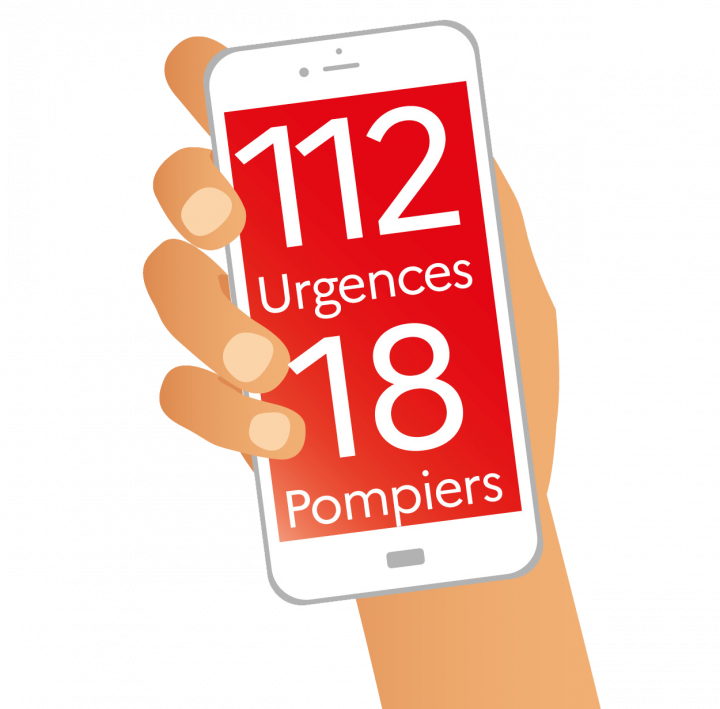 I take shelter in a house while waiting for the emergency services to intervene.

A vehicle is not a safe place because it can easily catch fire.

Forest fires and wildfires in France

In 2019, 15,000 hectares of vegetation was burned in France, that’s the equivalent of 21,000 football pitches. Adopting the right actions and behaviours could prevent natural and human disasters every year. 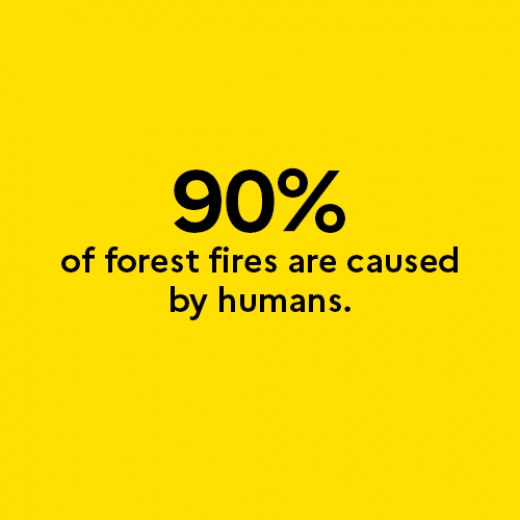 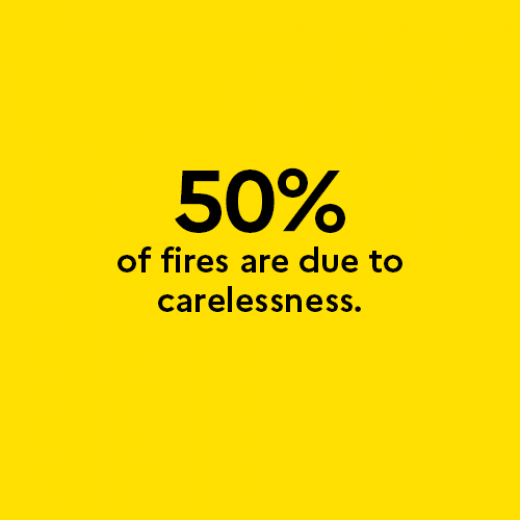 The whole of Metropolitan France is exposed to the risks of forest fires and wildfires.

All regions of France are affected by the risk of forest fires and wildfires, and all landscapes can be destroyed by flames: forests, moors, fields, wastelands etc. 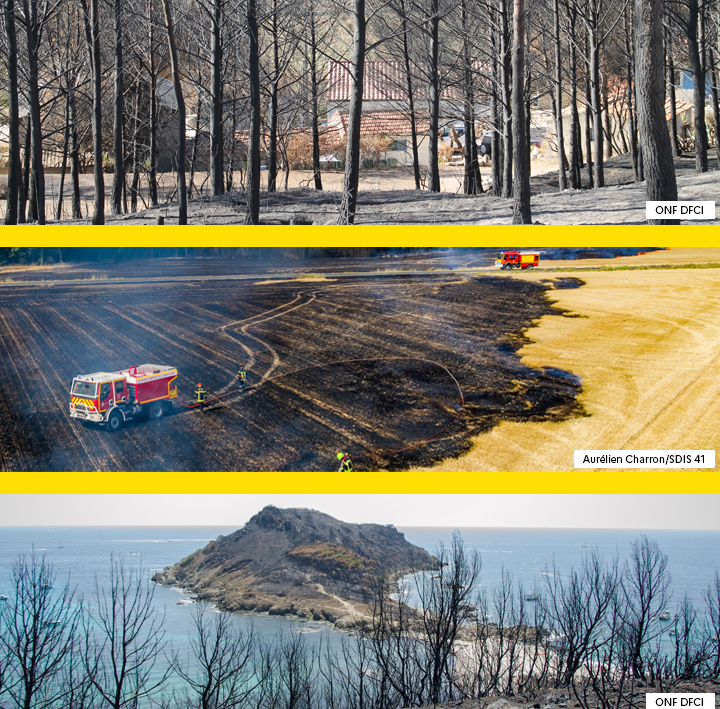 The southern half of the country is the most affected by the risk of fire: the Mediterranean area is one of the biodiversity hotspots, known for its ecological richness in natural species but which is also very threatened, especially by the risk of fire.

However, climate change could increase the risk in new areas such as the northwest of France.

The consequences of a fire

Forest fires and wildfires have many consequences on our health and our environment. Apart from the flames, which destroy and can kill, fires release soot and toxic gases, which are harmful to humans but also to plant and animal species.

50% of forests in Metropolitan France will be at a high risk of fire by 2050.

With the effects of climate change, new areas will be exposed to the risk of fire, particularly in the northwest of France (Pays de la Loire, Centre-Val de Loire, and Brittany).

In already affected areas, such as Provence-Alpes-Côte d'Azur, Occitanie, Corsica, and Nouvelle-Aquitaine, the risk of fire could escalate and extend to medium-altitude mountains, particularly in spring, because of the reduction in snow cover.

It is also likely that the forest fire season will lengthen over the year, from the current 3 months to 6 months in the near future. It could also begin in the early days of spring and linger into autumn, as a result of late heatwaves.

The fires could be more intense and faster due to increased droughts and an intensification of heatwaves in duration and temperature. The increase in the number of large fires could lead to a strong decline in forest populations in the most exposed regions.

Météo-France has produced new reference climate projections for France. They show a very different climate at the end of the century. The average annual temperature could then be 3.9°C higher than today if greenhouse gas emissions remain the same. 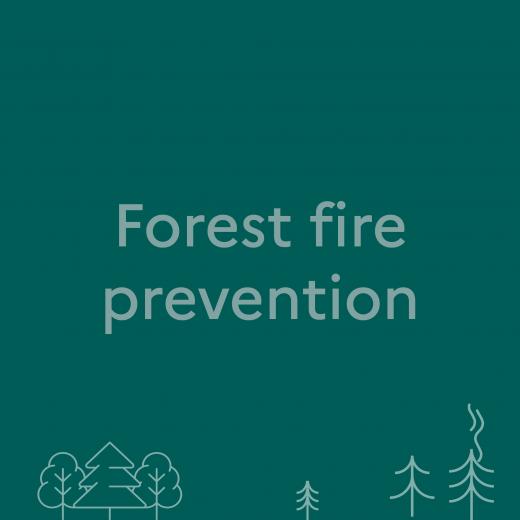 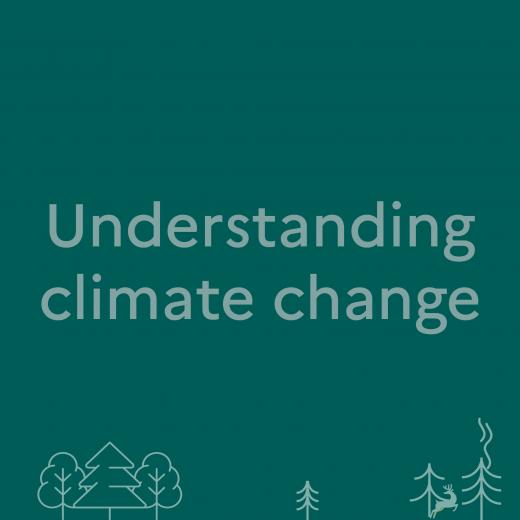 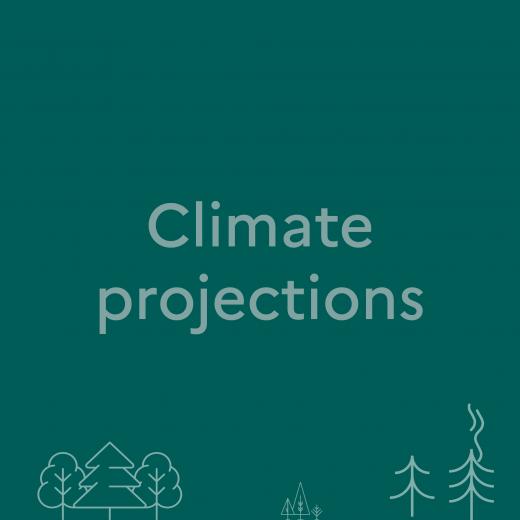 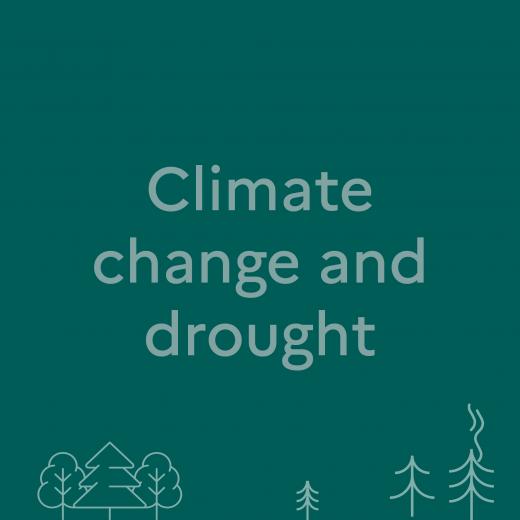 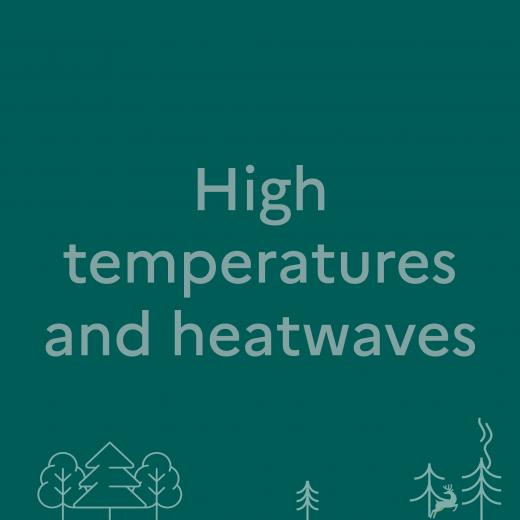 How about testing your knowledge of #ForestFires?

A fire is heading towards my house, I get in my car to flee.

The best option is to shut yourself away in a house and call 18, 112 or 114 (emergency number for the deaf and hard of hearing), to provide them with the information they need to locate the fire. I do not get in my car: it could catch fire (petrol tanks, tyres etc. are flammable materials).

I can work with a grinder or a welding station near green spaces at any time of the year and in complete safety.

Spark-generating work can cause fires to start. In the event of strong winds, droughts or heatwaves, the risk is even greater. I therefore postpone my work until another time to avoid causing a fire.

Climate change will increase the risk of forest fires and wildfires in France.

More regions are likely to be affected by fires, which could be more intense and faster. The forest fire season is also expected to last longer throughout the year (up to 6 months!) and spread to areas that were previously virtually unaffected.

90% of forest fires are caused by humans.

And half of them are due to carelessness... So let’s adopt the right actions and behaviours.

The right actions and behaviours

You too can take action by relaying the campaign on your various communication media.

For the 4th consecutive year, the Minister for the Ecological Transition, together with the Minister of the Interior and the Ministry of Agriculture and Food, is running a national awareness and prevention campaign on the risks of forest fires and wildfires (wasteland, roadsides and railway lines, fields, moors, ferns etc.).

The whole of Metropolitan France is affected by this campaign. Its objective is to spread the actions and behaviours to adopt, both to ensure that you are not the cause of a fire outbreak as well as to protect yourself from it.

To support the players in the field, the Minister for the Ecological Transition is providing a communication kit.